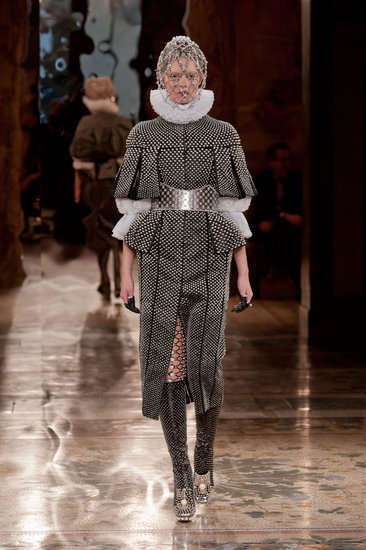 The Alexander McQueen Fall 2013 Show is Fit for a Queen

Meghan Young — March 6, 2013 — Fashion
References: alexandermcqueen & fashionologie
Share on Facebook Share on Twitter Share on LinkedIn Share on Pinterest
The Alexander McQueen Fall 2013 runway show may have defied everything that is current and conventional, but it did so in theatrical style. Inspired by Queen Elizabeth's intensely intricate Victorian wardrobe, with hints of religious references and Ballets Russes thrown into the mix, the looks were nothing short of spectacular. Sarah Burton certainly outdid herself this time. Perhaps she's practicing for Kate Middleton's eventual inauguration.