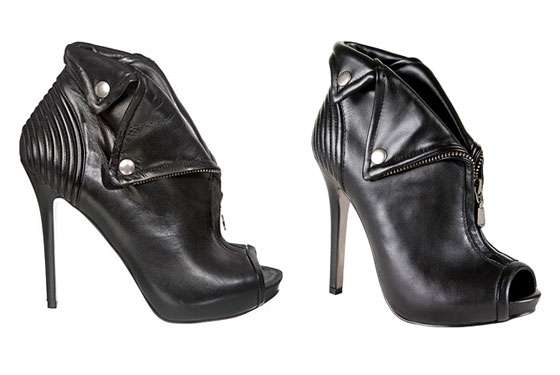 Katherine Vong — October 9, 2009 — Fashion
References: wwd & nymag
The Alexander McQueen ‘Faithful’ bootie is receiving a lot of press lately, mainly because it has been allegedly copied by Steve Madden.

But hey, if you’re Alexander McQueen, a highly-regarded designer on the fashion scene with much-coveted designs, someone is bound to steal your work. At any rate, McQueen is suing Madden for the imitation, which Steve Madden calls the ‘Seryna’ bootie. If you take a look at the photo (McQueen’s is the one on the left), you’ll see the undeniable similiarites between the Steve Madden Seryna and the Alexander McQueen Faithful bootie: both have the same motorcycle-jacket look with a zip-up front and peep toes.
3.8
Score
Popularity
Activity
Freshness