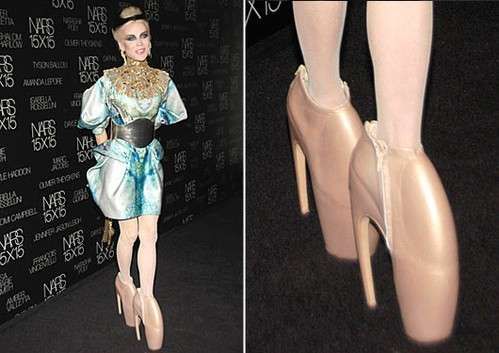 Despite their unusual shape and towering 10” heel, these Alexander McQueen armadillo shoes have pleased as many shoe fetishists as they’ve p*ssed off. After Lady Gaga rocked them in her ‘Bad Romance’ video, the race began to be the first photographed in these mega heels in public. At the launch of the NARS 15X15 book project in New York, Daphne Guinness took that title. Would you brave this daring footwear on a night out?

Boxing-Themed Ads
The PUMA by Alexander McQueen Lookbook is Fierce