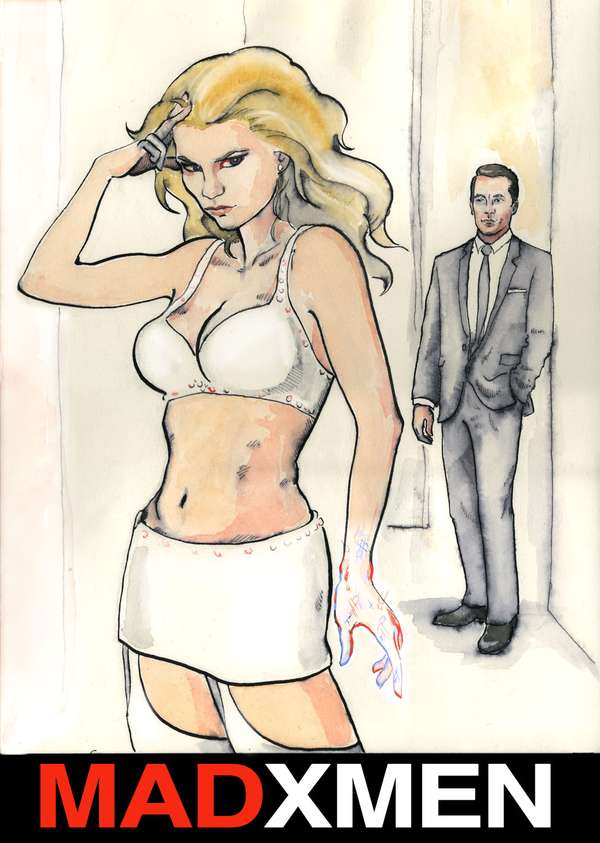 Jason Soy — April 5, 2012 — Pop Culture
References: axelryan.tumblr & herochan
Fans of manly things are probably beside themselves when gazing upon Alex Ryan’s depiction of Wolverine filleting Don Draper. Both characters are undeniable badasses in their respective narrative universes, but no one could have even imagined the two in the same room with one another until Ryan came along and made these hilarious parody illustrations. Proving the pairing more natural than many initially anticipated, he christened his drawings ‘MadXMen.’

Along with the aforementioned silhouette image, Alex Ryan also rendered a watercolor piece depicting Don Draper with Emma Frost from X-Men: First Class. Frost was portrayed by January Jones, who also plays Betty on the critically acclaimed AMC series, Don Draper’s ex-wife. Ryan illustrates Frost with a venomous expression on her face, simultaneously alluding to the tumultuous relationship between Betty and Don as well as to Emma Frost’s comic book villainy.