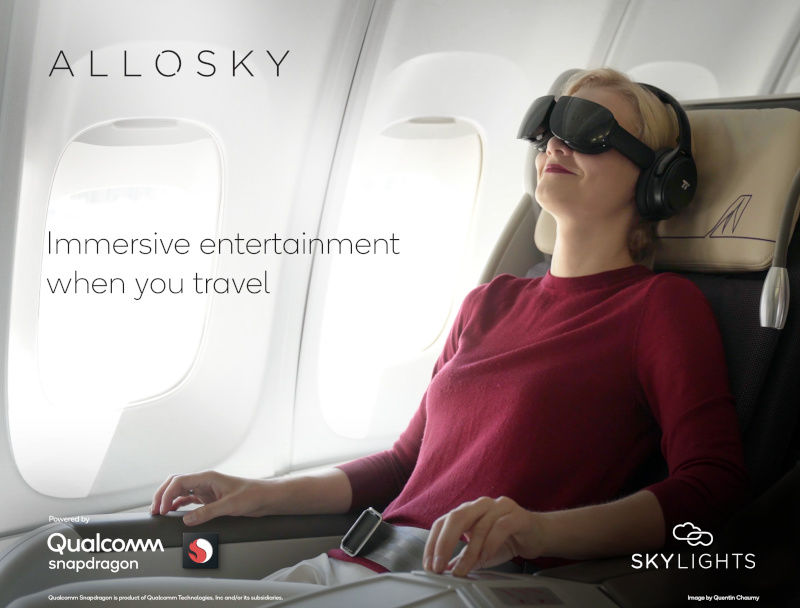 Justin Lam — September 24, 2018 — Pop Culture
References: apex.aero & engadget
Share on Facebook Share on Twitter Share on LinkedIn Share on Pinterest
Thanks to Alaska Airlines, VR is taking a jump into the skies with the SkyLights’ Allosky VR headset. Available on certain North American flights offered by the airline, the VR experience will give passengers immersive 3D and forward-facing 360-degree films. These films will be presented on a Full HD cinema screen and will be available on the airline's Seattle-Boston and Boston-San Diego routes.

The Alaska Airline VR experience will utilize the SkyLights’ Allosky VR headset and will include films from its partner 20th Century Fox, Warner Brothers and EIM. Passengers will also have the ability to view short VR films focusing on acrobatics, freediving and classical music. The headset can also play content already owned by the user and will stream shows and movies on Netflix, Amazon Prime, YouTube and Hulu.