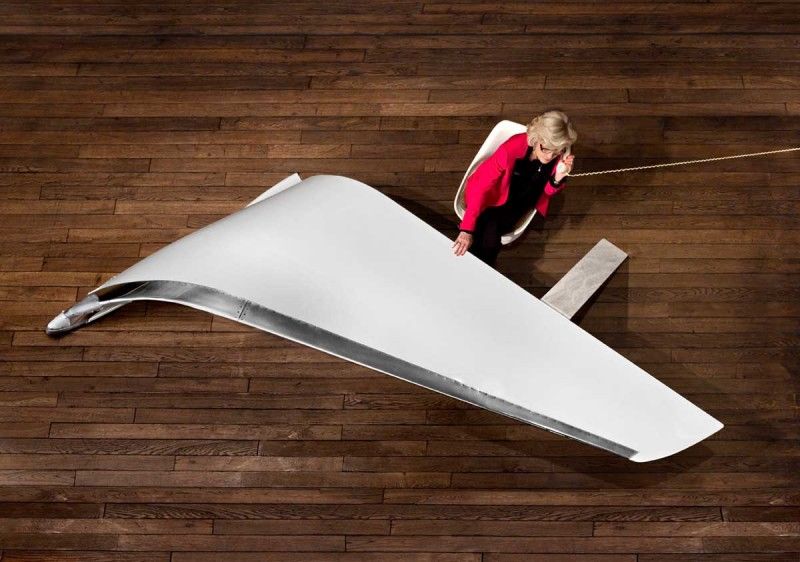 Amelia Roblin — January 18, 2015 — Autos
References: flown.fr & contemporist
The crossover between creative fields is made apparent by this airplane desk. The same priorities for beautiful and functional forms link seemingly distanced domains of design, suggesting that an avian engineer could make for a great furniture designer.

What you see here is an impeccably produced 737-800 winglet that was appropriated by Les Ateliers FLOWN for an utterly striking office sculpture. Furthermore, the integral utility that it might have provided for its original purpose goes well appreciated in its new form.

The graceful curve of the airplane wing makes it self-supporting on one side, enabling the designers to simply prop up the other for a sleek horizontal surface. A block of sea pearl granite was chosen as the support of the Cantilevers airplane desk, creating harmonious symbolism of earth and air.
6.2
Score
Popularity
Activity
Freshness