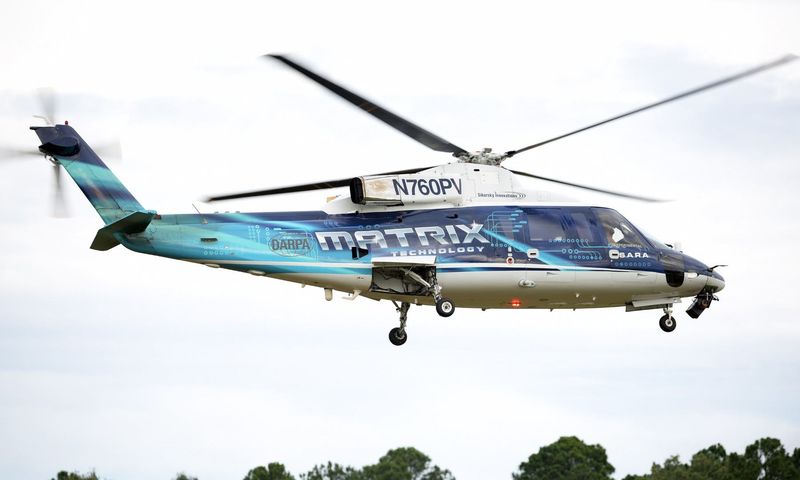 The technology was integrated into the Sikorsky S-76B helicopter and offers pilots with the ability to take their hands off the controls in favor of an autonomous flying experience. The system has been tested by DARPA and Sikorsky over the past several years and is capable of being installed into existing aircrafts, which makes it a distinctly more convenient option for implementation into the military.

The Aircrew Labor In-Cockpit Automation System was explained by DARPA Program Manager for ALIAS, Graham Drozeski, who said, "Hovering in adverse winds is a task that consumes a human pilot's attention, but automated flight control achieves 'rock steady' precision. Really, we want the pilot's eyes and mind on the fight rather than holding an altitude. That's the core focus of ALIAS: bringing the latest advances from unmanned aircraft into a piloted aircraft through an interface that provides fluid interaction with the autonomous capabilities."