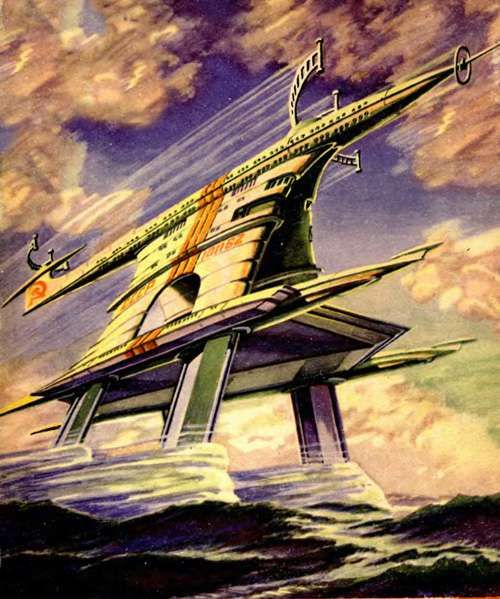 Airborne Submersibles Are the Future of Aqua Tech

Alex Scott — January 12, 2010 — Unique
References: darkroastedblend
Share on Facebook Share on Twitter Share on LinkedIn Share on Pinterest
Everyone at one point or another dreams of going on a submarine, visiting the dark depths of our oceanic world. But how many of you can say you have had the dream of being on an airborne submersible, reaching down to the darkest chasm and then blasting off into the stratosphere? The images here are not just pieces of fantasy art conjured up by some comic book artist, but real concepts the US and Russian militaries were developing during the cold war and are still working on to this day. Hard to believe images that look futuristic now were thought of half a century ago!

However, these airborne submersibles are still a thing of the future. I'm sure in our lifetimes however we will be exclaiming “its a bird, it a plane, no it's a fish, no it's a flying submarine!”
2.7
Score
Popularity
Activity
Freshness
View Innovation Webinars