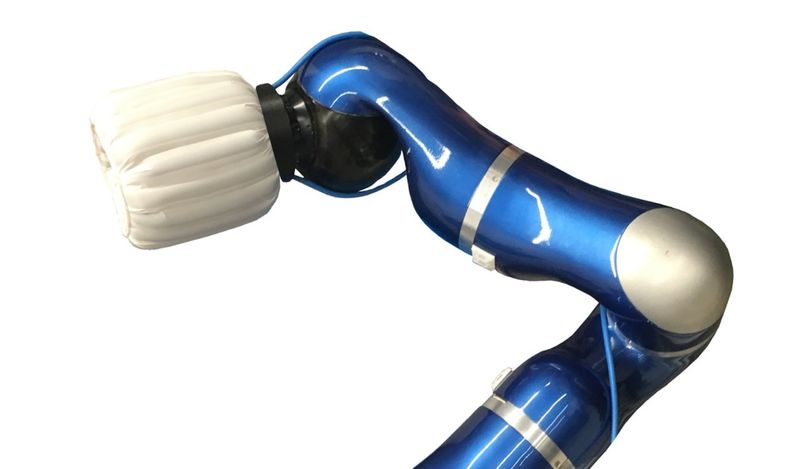 Alyson Wyers — September 27, 2017 — Tech
References: dlr.de & springwise
Share on Facebook Share on Twitter Share on LinkedIn Share on Pinterest
This airbag design makes it safer for humans that work with robots. Developed by researchers at the Institute of Robotics and Mechatronics in Germany, the airbag for robots provides cushioning so that they can function at their fullest capacity without putting their humans co-workers at risk.

Robotic technology is being introduced to various workplaces, including factories and warehouses where the machinery operates alongside real people. When machines are going at a high velocity, the robotic airbag will inflate as a safety measure to protect those nearby in the event malfunctions occur. It was created specifically for actual collisions and to identify potential collisions.

The airbag design won the KUKA Innovation Award prize of EUR 20,000 at this year's Hanover Fair after being made public last year. Recently, KUKA was largely taken over by a Chinese electrical appliances manufacturer called Midea, which owns the majority of its shares.
1.1
Score
Popularity
Activity
Freshness
Access Advisory Services