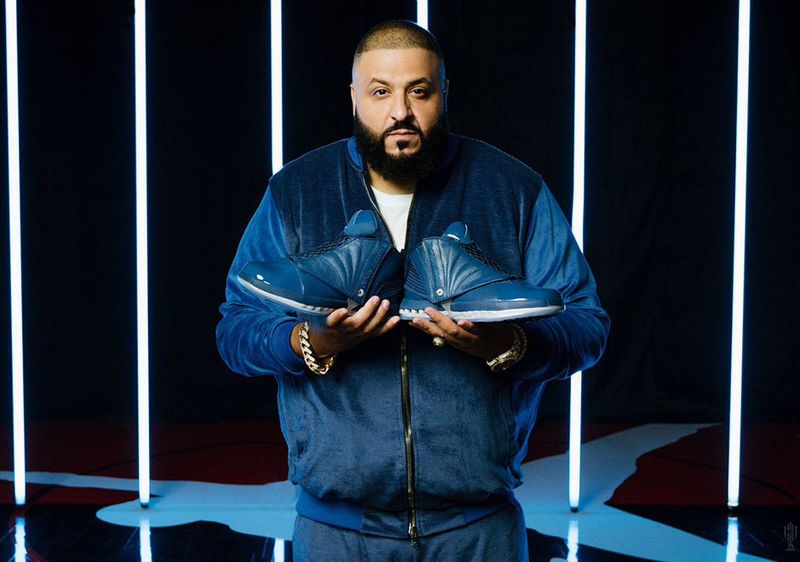 The 'French Blue' Air Jordan 16 Was Made with DJ Khaled

Riley von Niessen — November 1, 2016 — Fashion
References: sneakernews & hypebeast
Share on Facebook Share on Twitter Share on LinkedIn Share on Pinterest
DJ Khaled has been on some of the biggest tracks in recent times, however he's perhaps best known for his Snapchat posts and his extravagant fashion collaborations, one of which now includes a fresh pair of Air Jordan 16s.

In order to promote the design, which was done for Marcus Jordan's 'Trophy Room,' DJ Khaled posed alongside the 'French Blue' Air Jordan 16 in a matching velour tracksuit. He dons a serious expression for each of the photos, which, given the over-the-top personality that he's known for, is rather comical.

Those looking to buy the record producer's collaborative design will be able to purchase it at the beginning of November, however it's price hasn't yet been revealed. Eye-catching in appearance, the sneaker makes use of a mostly monochrome colorway that's split up with different textural components.
1.9
Score
Popularity
Activity
Freshness
View Innovation Webinars