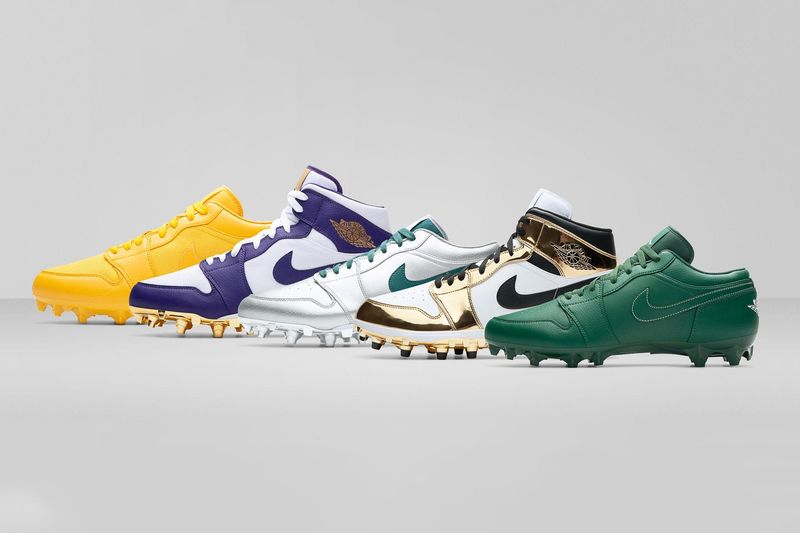 Daniel Johnson — September 9, 2019 — Lifestyle
References: nike & hypebeast
Share on Facebook Share on Twitter Share on LinkedIn Share on Pinterest
Jordan has unveiled its Air Jordan 1 PE cleats in honor of the start of the NFL season. Five of the cleats have been released, with each pair associated with an active NFL player. Players revealed thus far include Tyrann Mathieu, Earl Thomas, Alshon Jeffery, Michael Thomas, and Le'Veon Bell. Each one of the Air Jordan 1 PE cleats were designed with team colors. Jump man also sponsors 21 active players in the NFL, however, the company has only revealed five different models of cleats.

Each of the cleats is available to the players in either a mid or low cut version. The Air Jordan 1 PE cleats will not have a public release, however, the normal versions of the Air Jordan 1 TD are available on the Nike website for a $125 price point.