Taking the Silver Trend Too Far 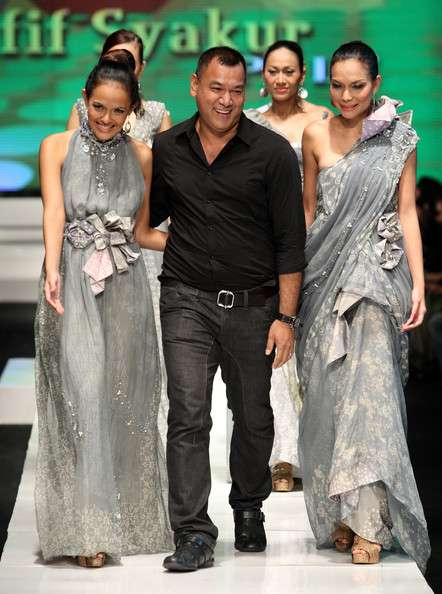 Bianca — November 30, 2009 — Fashion
References: fashionwindows.net & zimbio
For his Jakarta Fashion Week 2009 show, Afif Syakur cloaked his models in a look that could easily be described as traditional meets futurism. Draped in floor-length silver gowns with embellishments like silver bows and rhinestones, the cuts mirrored more traditional looks, yet the fabric choice and metallic sheen were very much reflective of the designer's leading edge adoption of galactic fashion.

The Afif Syakur show look place at the Fashion Tent at Pacific Place in Jakarta, Indonesia earlier this month. Check out the gallery for more images from the collection, then have a look at a few more galactic fashion looks we've seen by other designers around the world in the related articles below.
0.8
Score
Popularity
Activity
Freshness