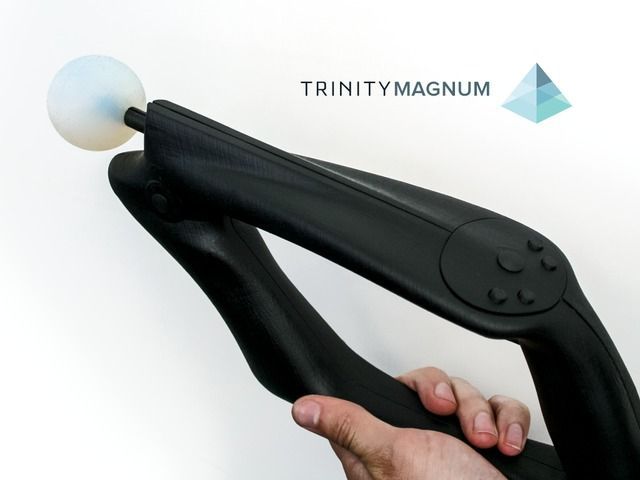 Meghan Young — July 22, 2014 — Tech
References: polygon & theverge
Share on Facebook Share on Twitter Share on LinkedIn Share on Pinterest
The Trinity Magnum is an affordable motion-control gun that will improve virtual reality gaming exponentially. Designed with first-person shooter play in mind, it will create a new level of immersion, which basically allows people to feel as though they are truly fighting in the game. The Verge reports, "Physical movements would track directly onto the virtual version of the gun, allowing a player to aim at a variety of targets without changing the player view."

Designed by TrinityVR, the affordable motion-control gun is currently in a prototype stage. The company hopes to raise at least $60,000 on Kickstarter to bring it to life. If it reaches that realistic goal, the Trinity Magnum would sell for under $100.
1.7
Score
Popularity
Activity
Freshness
Access Advisory Services