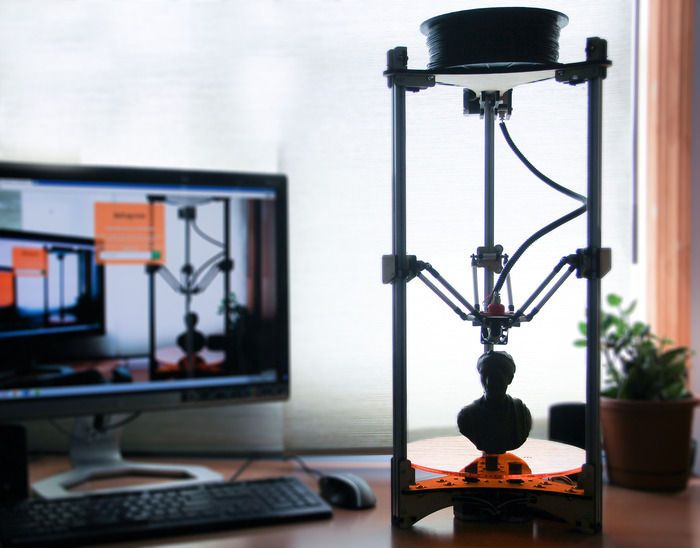 Deltaprintr is an Affordable 3D Printer That's Faster at Printing

Laura McQuarrie — September 19, 2014 — Tech
References: kickstarter & phys.org
Share on Facebook Share on Twitter Share on LinkedIn Share on Pinterest
While there are a lot of 3D printer designs out there, affordable 3D printers seem to be more difficult to come by—however, the Deltaprintr designed by college students Shai Schechter and Andrey Kovalev is an one of the few on the market. While most 3D printers run into the thousands of dollars just for the machine itself, the Deltaprintr is one that can be purchased for about $675.

The reason why the Deltaprintr is so much more affordable comes from several changes to the design of the conventional 3D printer. Rather than adopting a box-like shape and a belted system, the Deltaprintr's frame is open, airy and makes use of fishing ling instead. This makes the design able to print faster and expand to accommodate larger prints. To begin with, the printer is capable of producing prints that are about 12" high, but additional rails can be added to make more expansive creations.