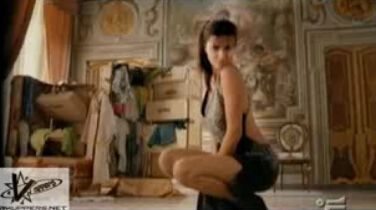 Bianca — March 28, 2008 — Pop Culture
References: hollyscoop
Share on Facebook Share on Twitter Share on LinkedIn Share on Pinterest
The last time we saw Adriana Lima, she was promoting Victoria's Secret during the Super Bowl. Now the Brazilian super model is nerding it up to promote a cell phone. Who cares that it's all in Italian, in fact, I think it makes it better!

In the TV spot, the underwear model strips down and does a sexy dance to showcase the video calling features the phone network TIM can offer.

She gets a video call from a guy, then puts the phone on the counter, runs away and comes back a few seconds later dressed up in a number of outfits, from an all black lacy number to a school girl uniform.

One of our top Trend Hunters, Ayman, helped translate the ad and says it's for 3g and video conferencing. "But who cares what it's for as long as you see her," he adds.
4.8
Score
Popularity
Activity
Freshness
Jeremy Gutsche Keynote Speaker