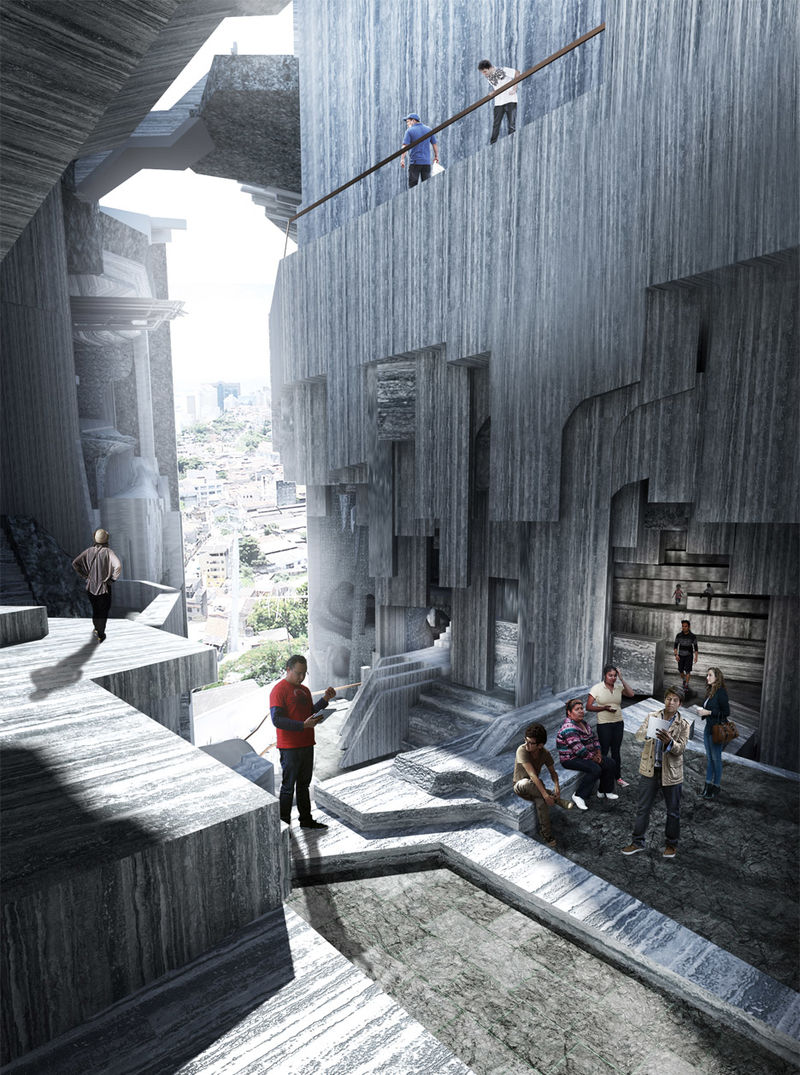 Joey Haar — August 17, 2016 — Art & Design
References: bartlett.ucl.ac.uk & dezeen
For his masters thesis, Adrian Yiu looked to repurpose a system that once drove the economy in a now poor area. The Morro da Providencia favela in Rio de Janeiro surrounds a decommissioned quarry that once provided jobs to the townspeople, but that quarry now sits defunct. Rather than letting it waste away, Adrian Yiu imagined turning it into a community center built into the deep canyon.

The project would use the quarry as a community-led cooperative, empowering the people in the area and giving them a way to earn funds through the quarry. Ultimately, the project would allow the poor people throughout the favela to have some economic self-sustenance, freeing them from what Yiu views as the economic oppression of the state.
3.5
Score
Popularity
Activity
Freshness