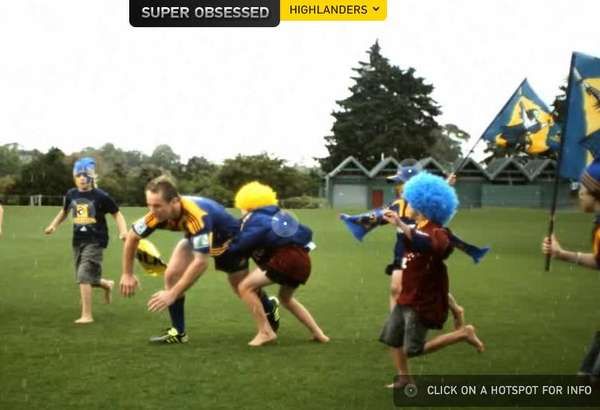 Promoting a range of rugby apparel, including Highlanders, Blues, Chiefs, Crusaders and Hurricanes, the adidas 'Super Obsessed' online catalogue was made by recruiting New Zealand rugby fans via social networks and video taping them as they swarmed their favorite Super Rugby heros. The fans were clothed in pieces from the adidas 'Super Obsessed' clothing collection, which can be viewed in more detail when the site user clicks on specific "hotspots."

This innovative campaign was created by Whybin\TBWA\Tequila, who used video and flash animation to produce the interactive catalogue. They followed a method of shooting the videos at 1,000 frames per second, creating slow-motion films that enable and encourage interaction from the user.
1.5
Score
Popularity
Activity
Freshness
Jeremy Gutsche Keynote Speaker