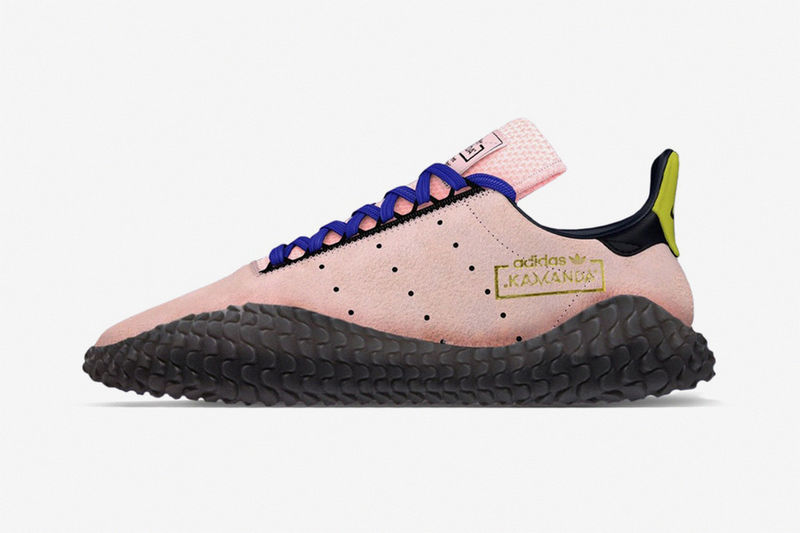 Riley von Niessen — January 13, 2018 — Fashion
References: adidas & highsnobiety
Share on Facebook Share on Twitter Share on LinkedIn Share on Pinterest
This new iteration of the adidas Kamanda silhouette is primarily colored in a pastel pink hue, which is contrasted with royal blue laces, neon yellow heels, and textured black soles that are integrated with the uppers in a wavy fashion. The name of the silhouette is featured on the sides of the sneakers in a gold imprint as well, and adidas' three stripes are represented with a series of small perforations.

Although the sneakers are minimal-looking enough to be worn daily, their rather unconventional colorway is inspired by Japanese animated series 'Dragon Ball Z,' and the villain, Majin Buu, who first appeared in the series back in 1994. Although the release date and price have yet to be announced, it's likely that the limited edition sneakers will be a hit among the series' fans.
6.1
Score
Popularity
Activity
Freshness
Get Better and Faster