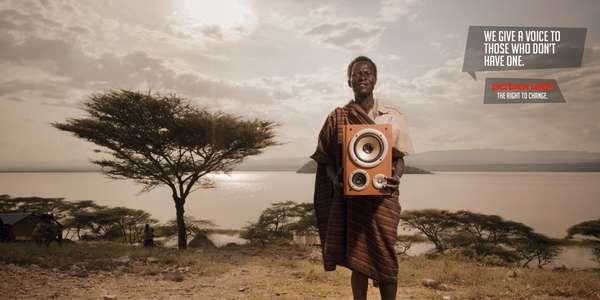 The Actionade speakers ads feature individuals situated within areas where the charity focuses its efforts -- a classroom, wheat field, marketplace. The people are portrayed carrying speakers, illustrating the necessity to be heard, despite pressures to remain complacent and silent. The speakers are depicted as everyday objects, a commonality -- illustrating that having a voice, being allowed to express yourself and fight for a better existence should be a basic right.

The Actionade speakers campaign portrays that what some would argue is common sense is considered a privilege by many.
3.8
Score
Popularity
Activity
Freshness
View Innovation Webinars