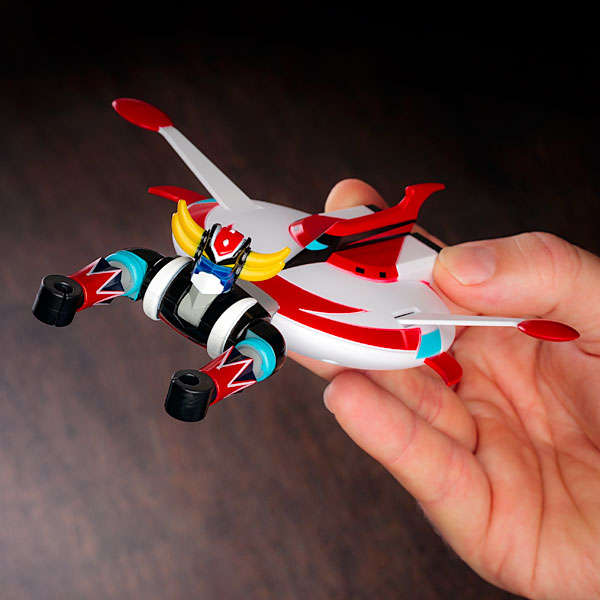 This Action Figure USB Drive is Modeled After the Grendizer Robot

Laura McQuarrie — June 21, 2013 — Tech
References: thinkgeek & gadgetsin
This Grendizer-themed action figure USB drive is like a grown-up toy for techies. This character is modeled after the Grendizer robot from the Japanese manga. In addition to being able to play with this character's moving limbs and weaponry, this Grendizer USB is also capable of storing up to 4GB of important data. The USB also comes with a docking station, which increases the number of ways the Grendizer robot can be posed, making this a useful and a decorative addition to workspaces.

The Grendizer USB splits in half to reveal its hidden USB capabilities. When the USB is not in use, the figure's torso can be plugged into the included UFO-shaped docking station. If you love action figures, hopefully this geeky toy will not be too much of a distraction on your desk.
2.3
Score
Popularity
Activity
Freshness