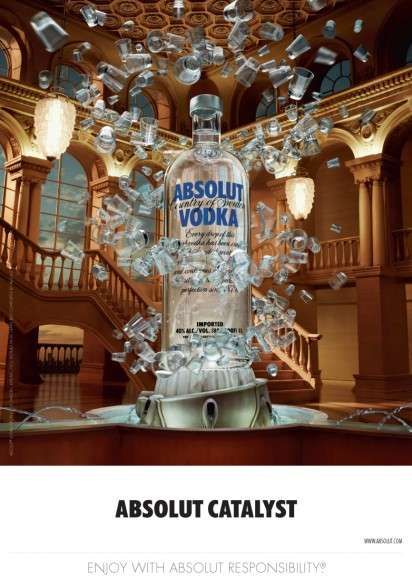 Meghan Young — January 29, 2013 — Marketing
References: tbwachiatday & ibelieveinadv
Share on Facebook Share on Twitter Share on LinkedIn Share on Pinterest
The Absolut Vodka campaign shows that any good night out should revolve around a big bottle of Absolut. Whether it's for a celebration or other special occasion, this brand should be erected almost like a monument, which will better inspire a good time. Despite the grand images used in the Absolut Vodka campaign, it conscionably reads, "Enjoy with absolut responsibility."