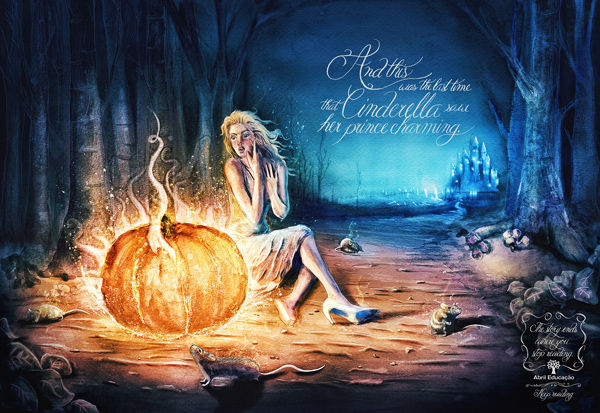 Meghan Young — April 3, 2014 — Marketing
References: artplan.br & adeevee
For some people, the ending of famous (and not so famous) stories escape them, or simply are re-written in their heads, for a reason that is addressed in the Abril Educacao ad campaign: They stop reading. Since the story ends when they do just that, characters such as Cinderella, Gepetto and Arthur never get their happy endings. Abril Educacao wants to change that.

Conceived and executed by Artplan, an ad agency based in São Paulo, Brazil, the Abril Educacao ad campaign depicts exactly where such fairy tales abruptly end through a series of gorgeous illustrations created by Mutato Studio. Art directed by Diogo Barbosa with creative direction by Rodrigo Moraes and Roberto Vilhena, the message Abril Educacao is trying to get across is simple: Keep reading.
6.2
Score
Popularity
Activity
Freshness