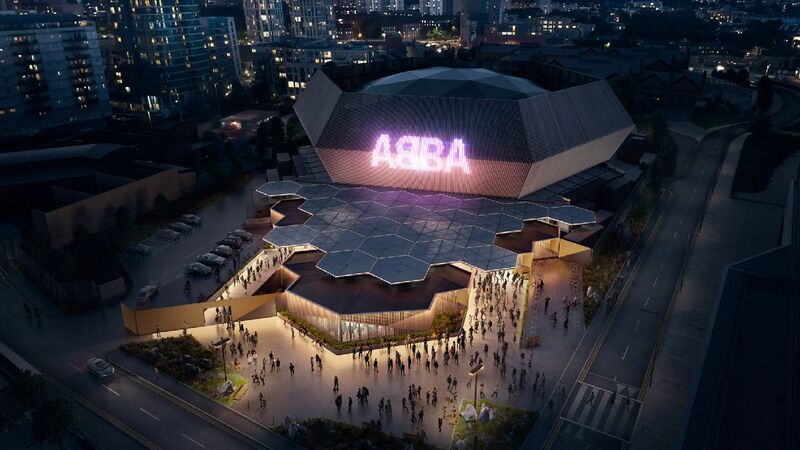 The six-sided arena holds an audience capacity of 3,000. Set to be built from mass timber, the hexagonal design is both demountable and transportable. For now, it will be stationed in East London for five years. One exciting released detail explains the venue's ability to host digital avatars of the ABBA band members as they perform their virtual concert. The avatars are designed by Industrial Light & Magic company. The site will also feature a box office, stalls, toilets, bars, and backstage facilities.