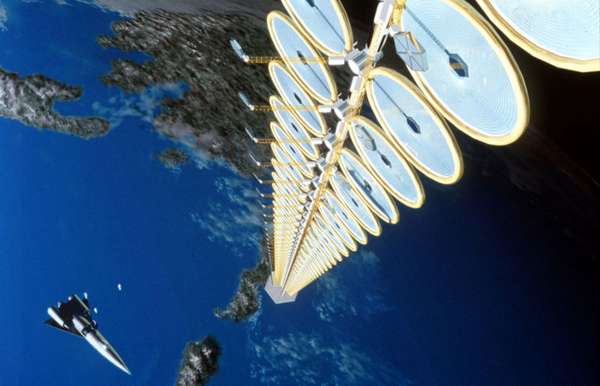 Alex Covert — November 3, 2008 — Eco
References: gizmag
Ben Bova, president of the National Space Society, says the time is right for NASA to build and launch a $1 billion solar power satellite. The technology has been around for quite some time, starting with the grandfather of electricity, Nicola Tesla.

The 1 kilometer-squared satellite could absorb the sun's rays, uninterrupted from weather and shoot electricity down to Earth in the form of microwaves. How much electricity? About "five to ten gigawatts of energy--more than enough for California's 4.4-gigawatt appetite."
2
Score
Popularity
Activity
Freshness