Voicemail For Lifestory Memoirs
Next
Set of
Related
Ideas 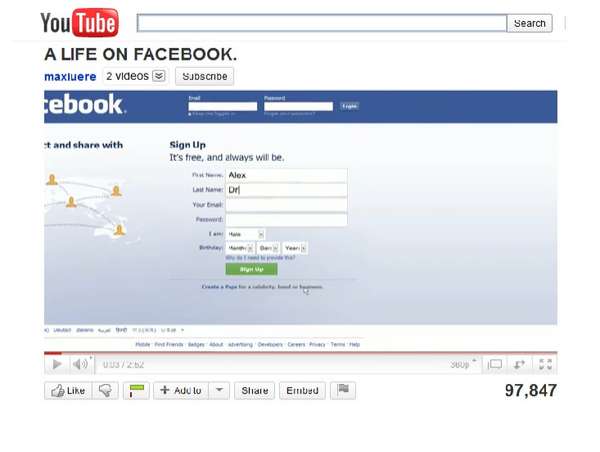 The video starts off with Alex logging into Facebook and adding friends. Then we watch his life unravel to The Rolling Stones 'Paint It Black' as he adds more friends and make changes to his relationship and emotional status with pictures corresponding to the status. Eventually, through his photos and updates, we watch him get married, have kids, and age into an old man, which is when he finally logs out. Makes you wonder if you'll still be as addicted to Facebook when you're old.
2.3
Score
Popularity
Activity
Freshness
Get the 2021 Trend Report FREE