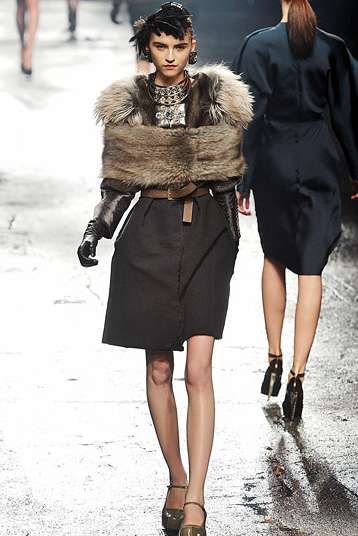 Bianca — May 13, 2009 — Fashion
References: nymag
Share on Facebook Share on Twitter Share on LinkedIn Share on Pinterest
Was the abundance of fur for Fall 2009 fashion collections an optimistic look toward the end of the recession? The furry stoles, shawls and hairy wraps were a flashback to the 1940s when wearing animal pelts was a chic sign of affluence—and a clear indicator one was free of the gloom and doom of the previous decade’s depression.

Could the return of fur for Fall 2009 be a sartorial reflection of our wish to escape the current global economic crisis? Or could this be a more subtle bridge off the European Furries craze in which people escape their human worries (like credit crunch anxiety) by dressing up as animals?