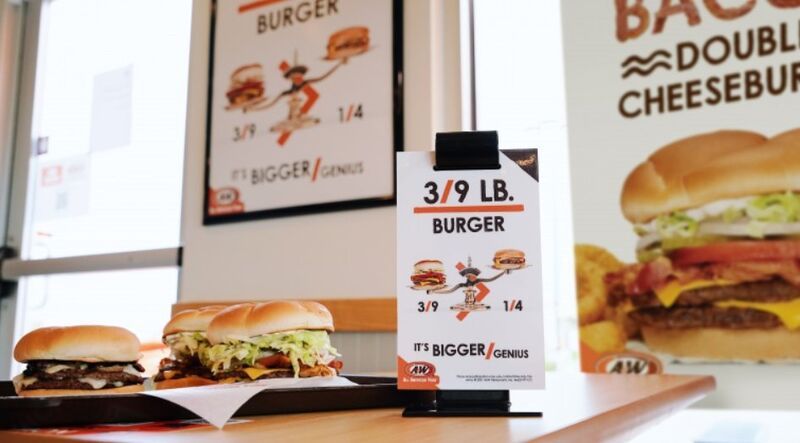 Now, the brand is turning that failure on its head by releasing a burger that tells fans exactly what it's all about. A&W's new 3/9 lb. Burger is a clever rebranding of the original 1/3 Pound Burger. The new version features two 100% US Beef patties, two slices of American cheese, bacon, lettuce, tomato, onions, pickles, and mayo, all served on a lightly toasted bun.

The new 3/9 lb. Burger is now available at all participating A&W locations across the U.S. for a limited time,