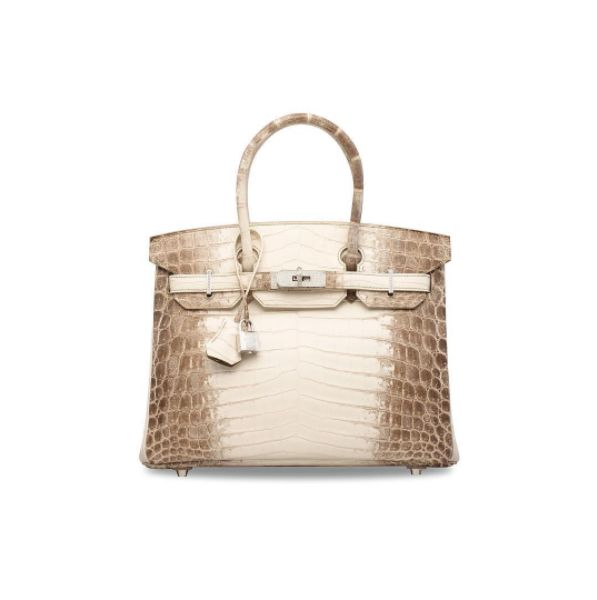 Birkin bags are known for their exorbitant price tags, long waiting lists and celebrity clients, but this purchase is truly remarkable. The bag was made of matte 'Himalayan' white crocodile-skin with 18 Karat white gold and diamond hardware. Made in 2014, this handbag was estimated to sell for 193,000-$258,000. According to Christie's a representative, the sale was made in a heated 10 to 15 minute bidding war between an phone and online buyers. The identify of the winning buyer has not been revealed by the auction house.

The auction was held in Hong Kong on May 30th. A bag with identical specifications set the record last year for the worlds most expensive handbag at $300,000 but was made in 2008. This $380,000 Hermes Birkin is considered to be extremely rare with only one or two crafted with the Himalayan pattern each year due to the time-consuming process needed to create this pattern.
3.5
Score
Popularity
Activity
Freshness
Get the 2021 Trend Report FREE