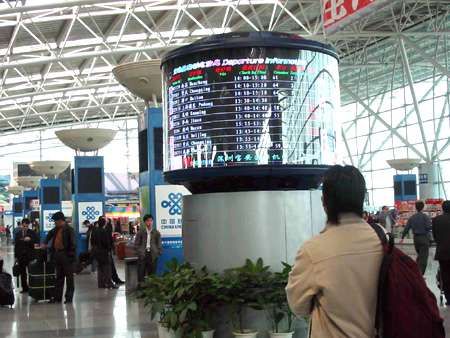 "If you're looking for a new centrepiece for your new entertaining area, the new 360 degree LED display from Dynascan offers exactly that â€“ quite literally. Taiwanese-based Dynascan has been developing the 360 degree LED display for several years now and it is initially being used as an advertising medium in shopping centres and public areas, with an outdoor version just launched too. The first time you see one of the screens you'll understand what the fuss is about â€“ the quality, colour, contrast and definition is extraordinary and the screen is absolutely huge â€“ the third generation of the new LED screens is being introduced at present with the largest being a 2.5 metre high, 5.46 metre circumference screen and capable of being viewed clearly from 30 metres away. Interestingly, the screens can actually display one image around the full 360 degrees, so it would be possible to use them as output for a 360 degree camera. In their commercial configuration the screens are usually configured as three identical images, with each image claiming 120 degrees of the surface. Two 180 degree screens is also possible and : if the ambitious Tholos Project hadn't died, it would have had an ideal screen." - Giz Magazine
3.5
Score
Popularity
Activity
Freshness
Jeremy Gutsche Keynote Speaker