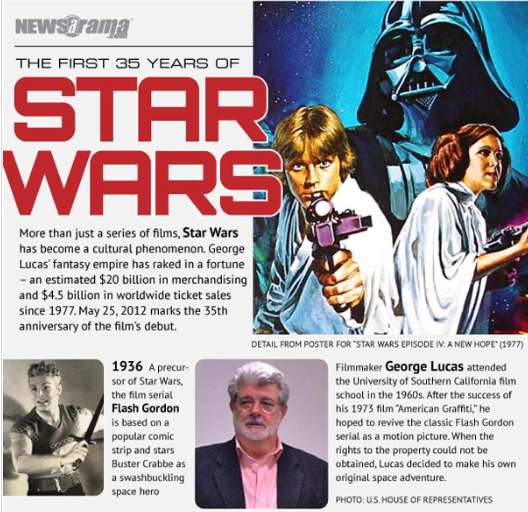 Everyone whose familiar with the Sci-Fi epic is aware that A New Hope began what would eventually become a six part saga. However, the influence behind George Lucas's masterpiece goes back to the early 1930s with the film Flash Gordon, a movie about a swashbuckling space hero.

Since the first Star Wars movie in 1977, the influence of the film has gone on to spark the creation of comic books, novels, television cartoons, video games and much more. The Star Wars franchise has made over 20 billion dollars in sales from merchandise and over 4.5 billion dollars in movie ticket sales since its debut.
4.7
Score
Popularity
Activity
Freshness
Get Trend Hunter Dashboard