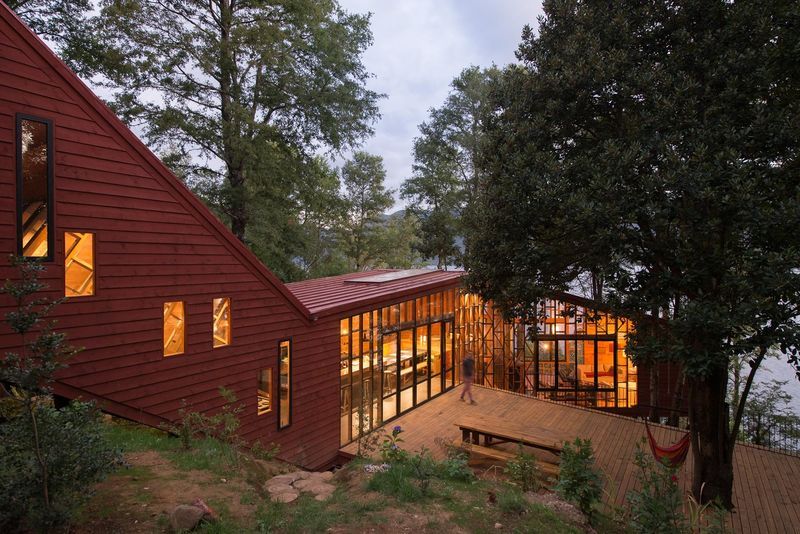 Joey Haar — November 15, 2016 — Art & Design
References: sebastianirarrazaval.cl & archdaily
Share on Facebook Share on Twitter Share on LinkedIn Share on Pinterest
2Y House is a summer home that expands the definition of what constitutes a bungalow. When one thinks of a bungalow, what comes to mind is typically a single storey house that sprawls horizontally rather than rising vertically. Since 2Y House only has a single storey, it's technically a bungalow, but that single storey cover dozens of feet of vertical space, giving the residence the best of both options.

2Y House (so named because, when viewed from above, its layout looks like two 'Ys' merged at their bases) takes on its paradoxical status as bungalow thanks to its location. Built on the seashore outside the small town of Colico, Chile, 2Y House sprawls across rugged, hilly terrain. As such, its single storey follows the coastal contour and creeps down the hill rather than using stilts to stay level.
6.5
Score
Popularity
Activity
Freshness
Access Advisory Services