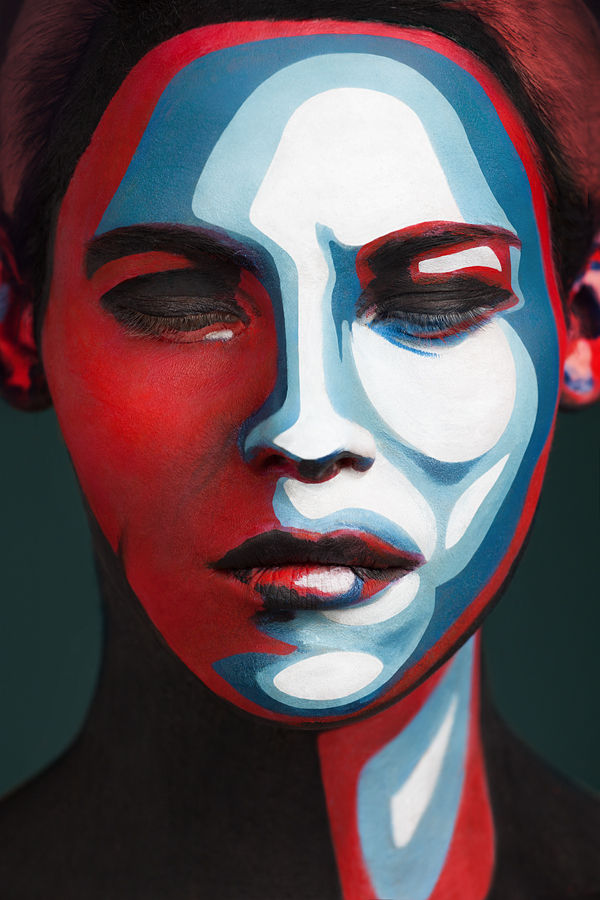 Meghan Young — November 22, 2013 — Fashion
References: alexanderkhokhlov & behance.net
Share on Facebook Share on Twitter Share on LinkedIn Share on Pinterest
2D or Not 2D is not just a cleverly titled photo series, it is also an incredibly creative art series. It revolves around portraits of women who have had their face painted by none-other-than Valeriya Kutsan, a makeup artist based in Moscow, Russian.

The 2D or Not 2D series is her second major project, in collaboration with photographer Alexander Khokhlov, the first of which gained them both quite a lot of attention back in 2012. Since then, she has tackled more infamous looks such as the Barack Obama Hope poster as well as more abstract artworks. As Khokhlov points out, "This time the authors were inspired by two-dimensional posters."