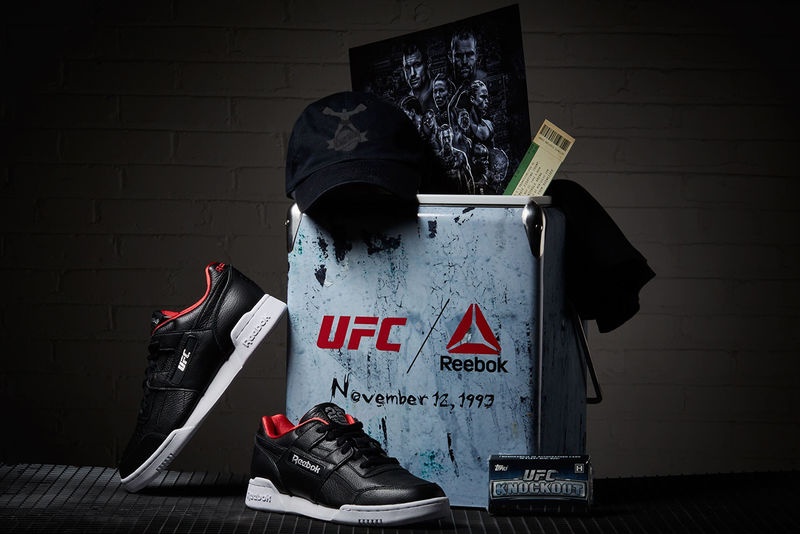 UFC and Reebok Joined for a 25th Anniversary Time Capsule

Amy Duong — December 3, 2018 — Fashion
References: ufcstore & hypebeast
Share on Facebook Share on Twitter Share on LinkedIn Share on Pinterest
The 25th Anniversary Time Capsule is a result of the collaborative works between UFC and Reebok in celebration of UFC's 25th year. The duo dropped the Workout Plus sneaker model that originally made its debut back in 1993, which coincidentally also marks the year that the UFC was officially established. The sneakers are constructed in a black and red tonal colorway, chosen to represent the UFC leather gloves.

The sneakers boast a low-cut silhouette and the uppers are complete in a premium black leather, accented with an inner lining finished in red satin. Additional contrasting details include the silver embroidery on the tongue patches and the Reebok logo on the side, along with an emblem at the heel counter that reads "25th Anniversary." The style is complete with a white cupsole with special insoles that show famous UFC fight posters.

Along with the sneakers, the 25th Anniversary Time Capsule also comes with vintage trading cards, posters, a replica ticket from the first fight, a cap and a tee.
2.8
Score
Popularity
Activity
Freshness
Jeremy Gutsche Keynote Speaker