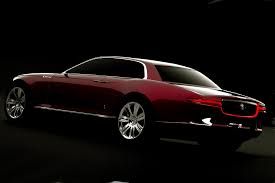 The Jaguary F-Type has been a raging success, and this seems to have prompted Jaguar's hand in designing the proposed XJ Coupe to look similar to the F-Type. The 2016 Jaguar XJ Coupe is another aggressive move by Jaguar to carve a place for itself in the luxury car market.

Engine options for the 2016 Jaguar XJ Coupe are expected to be either a supercharged V-6 engine or a V-8, and possibly even both, with a six-cylinder diesel engine also under consideration. Jaguar has released few details about the vehicle, but it is expected that it will be priced at no less than

Discussions on price will likely be shelved at least until there’s confirmation for the model, but reason dictates that the model could be priced somewhere in the neighborhood of at least $165,000.