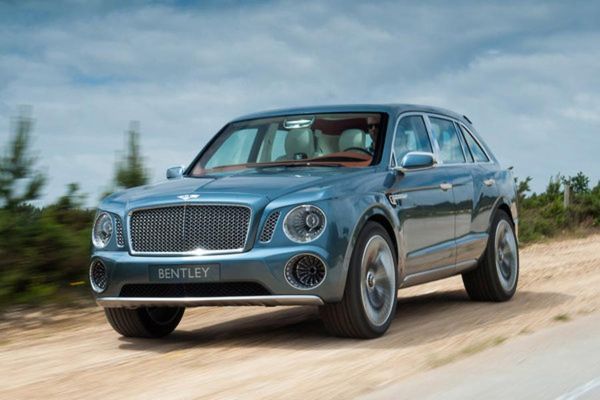 Farida Helmy — January 15, 2014 — Autos
References: bentleymotors & forbes
Share on Facebook Share on Twitter Share on LinkedIn Share on Pinterest
The Volkswagen Group has made it official: the 2016 Bentley SUV is coming out! For those who want real luxury, this should be the most arousing of auto news coming out of of this year's Detroit Auto Show. It’s simple -- if you want power and opulence, you wait for Bentley to make it.

Known for its exquisite craftsmanship and everlasting quality, Bentley created a new concept that is the lovechild of aesthetic hedonism and tenacious performance.

“If you look at the different SUVs on the market today, you don’t really see a luxury SUV, you see high options,” Bentley chief Wolfgang Schreiber said today at the Detroit Auto Show.