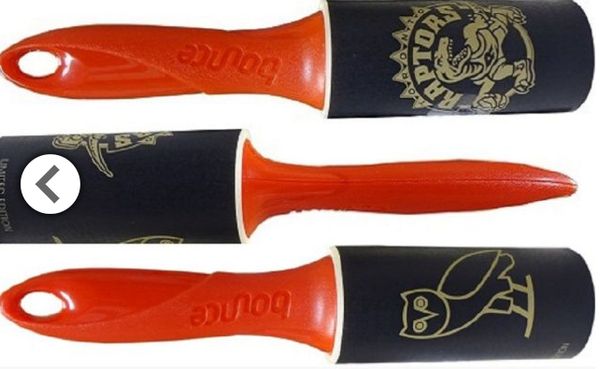 Megan Facciuolo — May 1, 2014 — Lifestyle
References: pg & thestar
Share on Facebook Share on Twitter Share on LinkedIn Share on Pinterest
Inspired by Drake’s hilarious lint-rolling rituals, the Toronto Raptors have now teamed up with the Canadian rapper and Bounce, a Procter & Gamble company, to create these Raptors/OVO Rollers' for the remaining 2014 NBA Playoffs. The Toronto-native has been quickly turning into the Raptors ambassador after he was seen using a lint roller courtside at the Raptors playoff game against the Brooklyn Nets. The rolling caused a lot of buzz on social media and since his lint-free debut, fans have shown up at the games with lint rollers too.

The Raptors/OVO Rollers are going to being distributed at the rest of the games in Toronto and after the games to fans in the square and 416 zone. The tagline for the promotion: “Bounce, helping keep Raptors and OVO fans lint-free.”