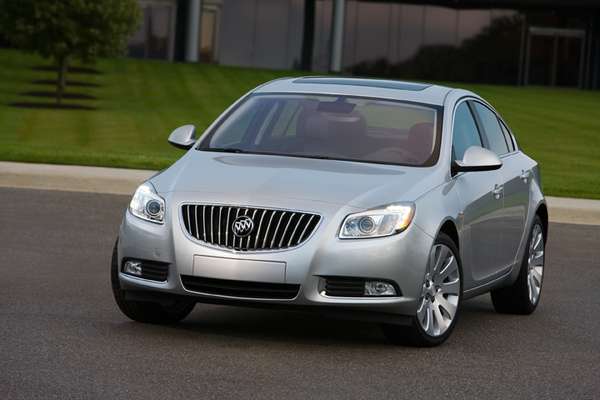 Marissa Brassfield — June 3, 2010 — Autos
References: buick & buick
Let's get one thing straight about the 2011 Buick Regal: It's not your grandmother's Buick. Most used Buick sedans you'll see in Southern California have been pimped into lowriders, but the 220-hp 2.0L Ecotec turbocharged Regal I drove through country roads near Julian, California is one you wouldn't dare modify.

The 2011 Buick Regal was developed in Germany--and it shows. Tech-savvy options like driver-selectable suspension, an internal flash drive, USB port, and a built-in hard drive--plus pricing that starts at $26,995--make the 2011 Buick Regal a compelling addition to the market.
3.3
Score
Popularity
Activity
Freshness

Supercar Sedans
The Nouphone J. Bansasine 2015 Volvo SC90 is for the 'Burbs and the Autobahn