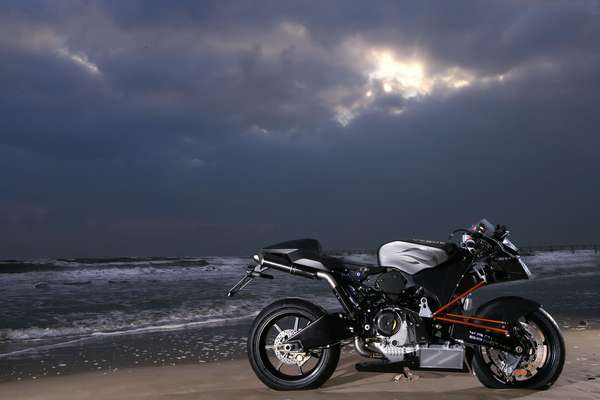 The 2010 Vyrus 987 Motorcycle is the Fastest in the World

Meghan Young — November 6, 2009 — Autos
References: asphaltandrubber & swipelife
I’ve always wanted to own a bike, but if they keep releasing these bigger and better machines, such as the 2010 Vyrus 987, I will never be able to choose which one I want. At this rate, I don’t think I’ll ever own a motorcycle--forget the fact that I don’t even have my license yet.

According to SwipeLife.com, the 2010 Vyrus 987 “holds the distinction of being the most powerful production motorcycle in the world.” That’s pretty damn impressive. With looks and technology on its side, maybe I won’t have such trouble choosing a bike.
4.1
Score
Popularity
Activity
Freshness