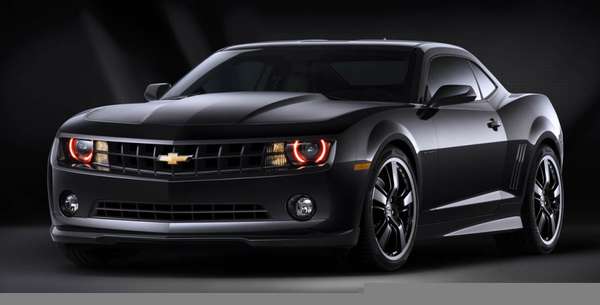 While Chevrolet showed four awesome concept Camaros at SEMA, the Black was my favorite by far. Its sinister styling and mean lines give the Camaro an aesthetic appeal it hasn’t achieved for me since 1969. And the red halo rings around the headlights only add to its Gotham City back-alley appeal.