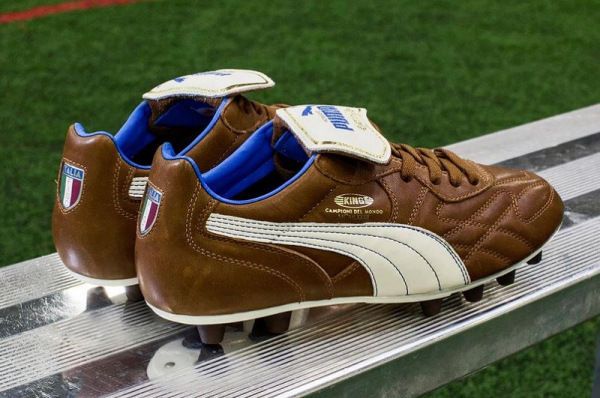 The boot has a classy and luxurious looking brown leather upper that complements Italy's signature blue kit color on the inside of the heel and on the tongue. The side of the boot bears an inscription honoring the 'Campioni Del Mondo' (world champions) of 1982. After all that, if there are still any doubts about which team the boot-wearer's allegiances lie with, the heel of the boot features the Italian Football Federation's crest.

Since Italy's 1982 World Cup victory, the 'Azzurri' -- as the Italian team is known -- managed to pick up another World Cup trophy in 2006. Fans of the team will hope the Puma King Top Italia will inspire Italy's players to go all the way once again.

Puma is only producing 898 pairs of the Puma King Top Italia, which will retail for $249.99.
3.2
Score
Popularity
Activity
Freshness
Access Advisory Services