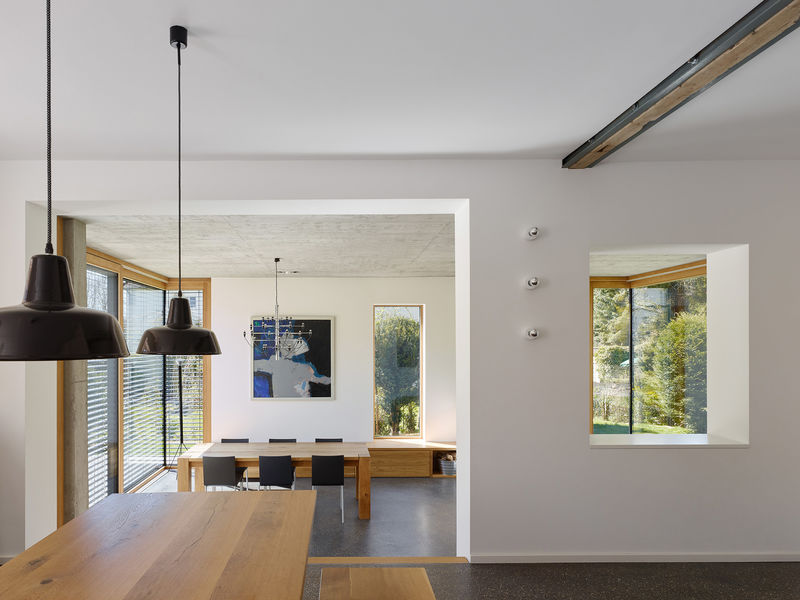 Kalina Nedelcheva — March 14, 2018 — Art & Design
References: holzerarchitekten.de & dezeen
Share on Facebook Share on Twitter Share on LinkedIn Share on Pinterest
Holzer Architekten put a modern twist on the attempted 1920s revival for a residential house in Stuttgart. The German practice considered contemporary influence—from the strong need of contrast in structural representation to the open-concept arrangement of modern dwellings—and came up with a design for House L125 that highlights the historically inherited 1920s revival motifs, as well as the needs of modern family living.

Holzer Architekten updated the home with a "two-storey annex to the southwestern side of the building." In turn, the extension also offers "plentiful garden views for its owners." To optimize light exposure and scenery, Holzer Architekten emphasized the glass window layout of the new space. In addition, the studio brought out the 1920s revival elements of the house by painting the extension in charcoal black, which strongly contrasts with the pure white of the interior.