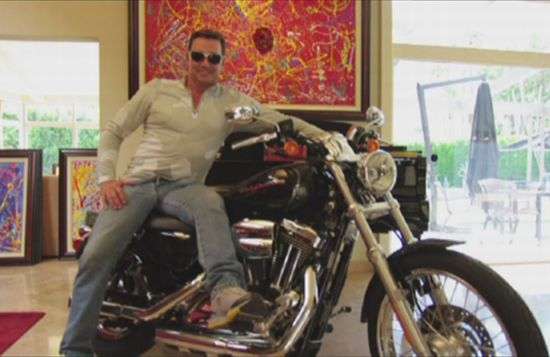 A born artist who is most known for his unique painting style called "Cosmic Extensionalism," where art is combined with extreme colors and textures, Jack Armstrong has painted the $1 million 'Cosmic Starship' motorcycle to emanate his exact style. This Harley will also be the only bike Armstrong will ever paint.

Apparently, any form of touching of this bike is strictly forbidden as a sign put beside it reads, "If you're not Lady GaGa, Scarlett Johansson or Sylvester Stallone DO NOT TOUCH THIS HARLEY!"