Bringing History to Life with Music

Cashing in on Creativity 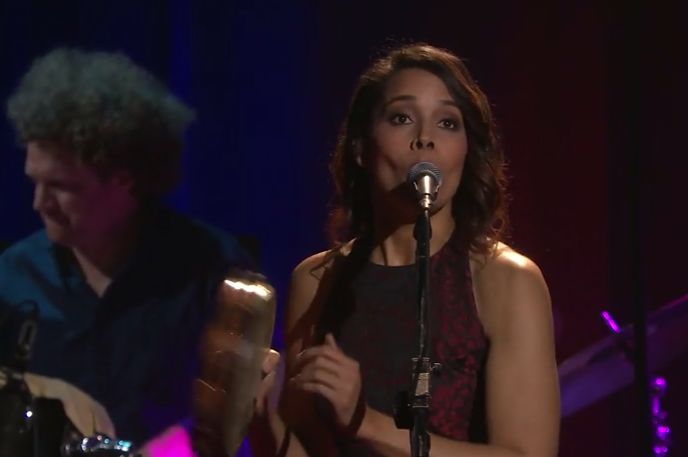 Giddens performed the song "Waterboy," and "Up Above My Head," as well as "Lonesome Road" by Sister Rosetta Tharp – one of the first musicians to perform gospel music inspired by rhythm-and-blues and a great influence on many of the first rock and roll musicians – including Johnny Cash, Elvis Presley, and Chuck Berry.

Rhiannon Giddens also performed "Come Love Come," a song that was inspired by the many readings she has being doing about slavery, the Civil War, and the personal narratives of those who experienced slavery in the United States.
5.1
Score
Popularity
Activity
Freshness
Attend Future Festival

Overcoming the Dominant Culture
In Her Talk on Motivation, Alicia Morgan Considers Her Own Career
play_circle_filled