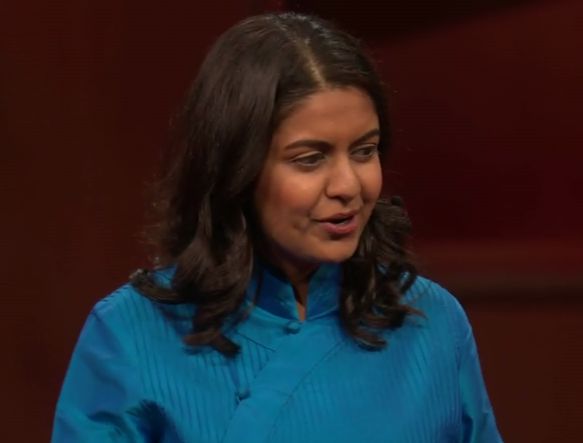 Anab Jain Talks About Discovering the Consequences of the Future

In her TED Talk, Jain talks about how she imagines what the future will look like in different scenarios, and then experiments, creates prototypes and environments that help her determine what that given scenario will look like, and what both its intended and unintended consequences will be. She works with the purpose of connecting our present selves to our future ones so that we can become active participants in creating a future we want, as far too often we treat our future selves as strangers, and the future in general as a foreign land. Her purpose is to encourage people to take action in the present, which will lead to a better future for ourselves and our world.

Anab Jain discusses some of the projects she has worked on, including being asked to help inform the UAE's energy strategy. She created a variety of different potential futures for what this strategy could look like, but when she proposed it some said that it was impractical to expect people to not drive cars. Jain then showed those she was proposing the strategy to what their future would look like in the event they continued on the same path. In her lab she had created a formula that replicated what the air in 2030 would look and feel like if pollution levels continue to rise, and asked the viewers to breathe it in. Soon after, the UAE announced a new energy strategy that was at least partially informed by Jain's ability to bring the future into the present.
6.4
Score
Popularity
Activity
Freshness
Get the 2021 Trend Report FREE