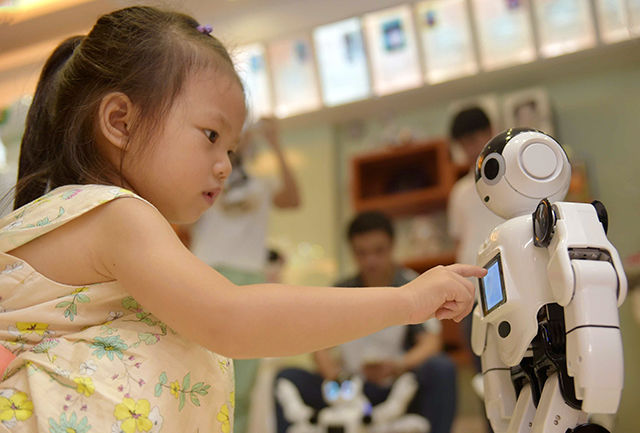 When consumers enter the store, they are greeted by a polite bot that closely resembled a human woman. After being greeted by this bot, consumers are met by others that they can interact with further, such as some that showed off some entertaining dance moves while people shopped. Fittingly, the shop sells a wide range of interactive robots, as well as task-specific ones that make maintaining the cleanliness around one's home a little easier. For example, there are robot vacuum cleaners, cooks, waitresses, and butlers.