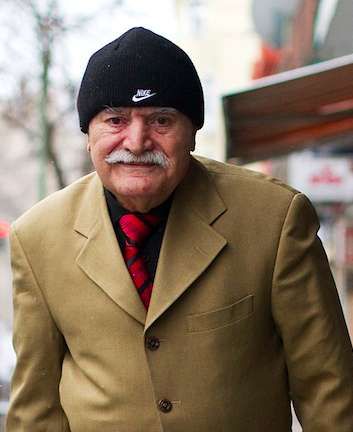 Jordy E — April 3, 2013 — Art & Design
References: alioutfit.tumblr & mymodernmet
Share on Facebook Share on Twitter Share on LinkedIn Share on Pinterest
Australian photographer Zoe Spawton has taken note of an extremely stylish elderly man. Now based in Berlin, Spawton picked up on the clothing of an older Turkish local. He proceeded to track the gentleman on a daily basis, relaying an assortment of styles in the series titled What Ali Wore.

Each morning, Spawton would take a quick snapshot of Ali. During their brief encounters, he managed to take in camouflage ensembles, suits, hand bags, denim on denim and athletic coats, speaking to his ability and will to tackle diverse looks. While the two speak different language, Spawton learned of Ali's past as a doctor, tailor and father of 18 children. His remarkable life is mirrored in his apparel.
3.5
Score
Popularity
Activity
Freshness
Jeremy Gutsche Keynote Speaker