Top 40 Photography Trends in 2020
Next
Set of
Related
Ideas 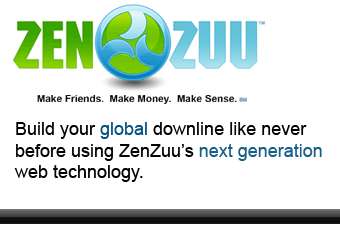 Big social networking sites are banking between $20-30 million in advertising revenue every month, and up until now, I haven't heard of any who give back to the community. Zenzuu, however, gives 80% of its ad share revenue with active members.

Sure there are some social networks that donate to charity, but none I've heard of that give members a cut of the ad revenue. Well, except Trend Hunter, if you want to consider it a social network.

Anyway, Zenzuu offers its members a piece of the ad-heavy site's revenue based on usage. To become an "active" user, you have to sign in 30 times in a month, and it doesn't have to be spaced out. You could log in and out 30 times tonight if you wanted. Next, the more people you refer to sign up, the higher your earnings again.

"Zenzuu gives you the opportunity to keep in touch with a massive global community anytime, anywhere," the site says. "Unlike other social networks, we allow you to make money just for doing the same old things such as creating a profile, signing others up as well as the ability to take part in our Ad Revenue Sharing. ZenZuu gives you all the standard features you'd expect such as the ability to share your pictures, videos, music and more."

OK, so the video is really creepy, but in case this social network takes off, it's worth a try, right?