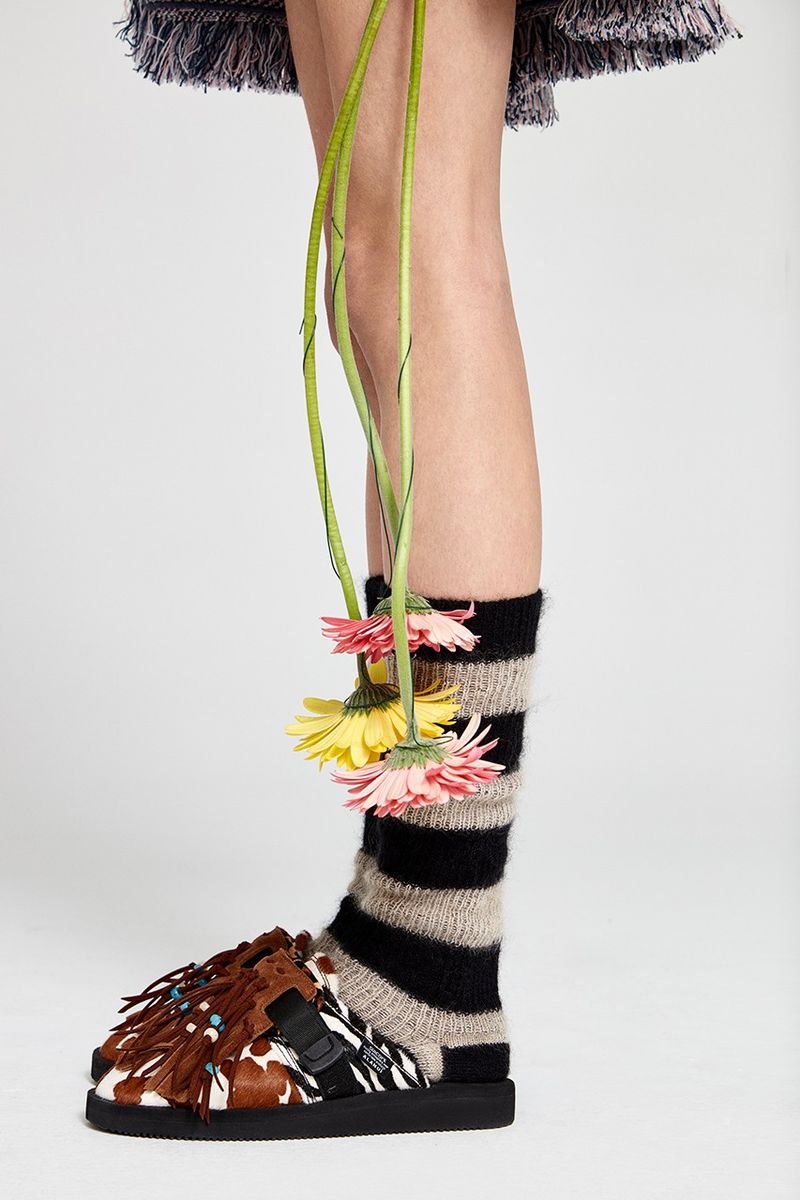 SUICOKE and ALANUI Reinterpret the Zavo Mule for Winter 2020

Kalina Nedelcheva — January 22, 2020 — Fashion
References: suicoke & hypebeast
Through a collaboration between SUICOKE — a cult Japanese label, and ALANUI , which is a Milan-based contemporary mens- and womenswear imprint, the Zavo mule receives an interesting aesthetic lift. The footwear is released as part of ALANUI's Pre-Fall/Winter 2020 collection and the upper of the model proves to push boundaries in subtle ways.

The fashion-forward Zavo mule exhibits some influenced that reference "traditional Americana [and] folklore." The model is made available to consumers in three styles: one is patchwork, another is leopard pony skin, and the final one is suede. In addition, SUICOKE and ALANUI introduce Native American influences to the Zavo mule by adding a selection of beads and fringes as an aesthetic accent.