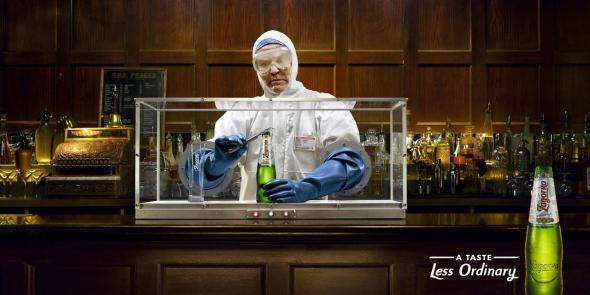 Created by advertising agency BBH in London, UK, the campaign includes three different images of men attempting to open a bottle of the Bulgarian beer. Everything from space suits and protective experiment tanks are used to ward off any hazards from popping open the beer, but the campaign's objective isn't to scare you away; the ads are illustrating how Zagorka is "a taste less ordinary."

Bizarre and definitely experimental, these Zagorka Beer ads take a different route than most, but their method may appeal to those who like seeing ads with more than just parties and girls in bikinis.
3.7
Score
Popularity
Activity
Freshness