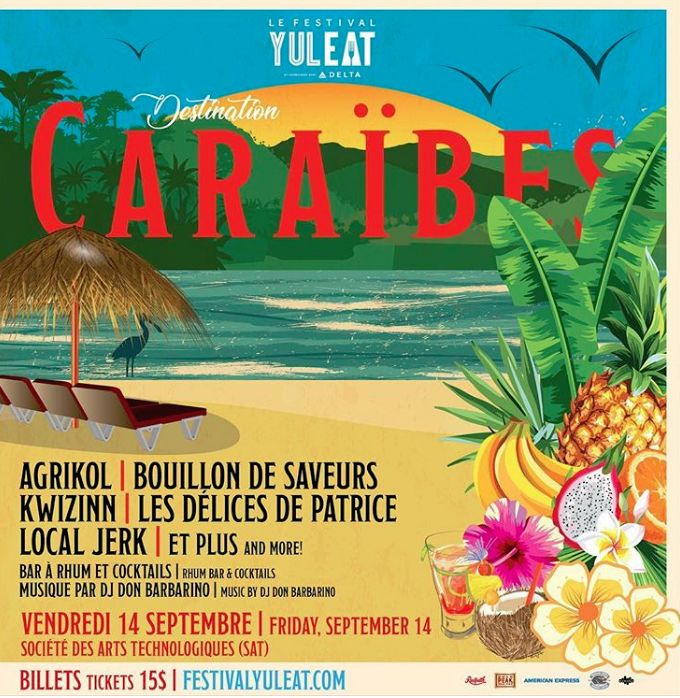 The YUL EAT Festival in Montreal Embraces the Art of Gastronomy

Kalina Nedelcheva — August 28, 2018 — Lifestyle
References: festivalyuleat & dailyhive
Share on Facebook Share on Twitter Share on LinkedIn Share on Pinterest
YUL EAT is an annual food festival in Montreal that is in its fifth year of running. Produced by evenko in collaboration with Delta Air Lines, the experience embraces cultural values, authentic cuisine, and creativity. This year's event is Carribean-themed and offers curious visitors a glimpse into an expressive community with "Carribean dishes, a rum bar, cocktails, a DJ, and percussionists."

YUL EAT is the perfect destination for "epicureans, gourmets, and culinary creativity enthusiasts." The event does not only supports local restaurants but also highlights "Montreal as a gastronomical epicenter." Alongside the tasty Carribean dishes and the live entertainment, festival-goers will have the chance to venture behind the scenes and attend live workshops, which directly inform foodies about ingredients, practices, and recipes.
1
Score
Popularity
Activity
Freshness
Access Advisory Services